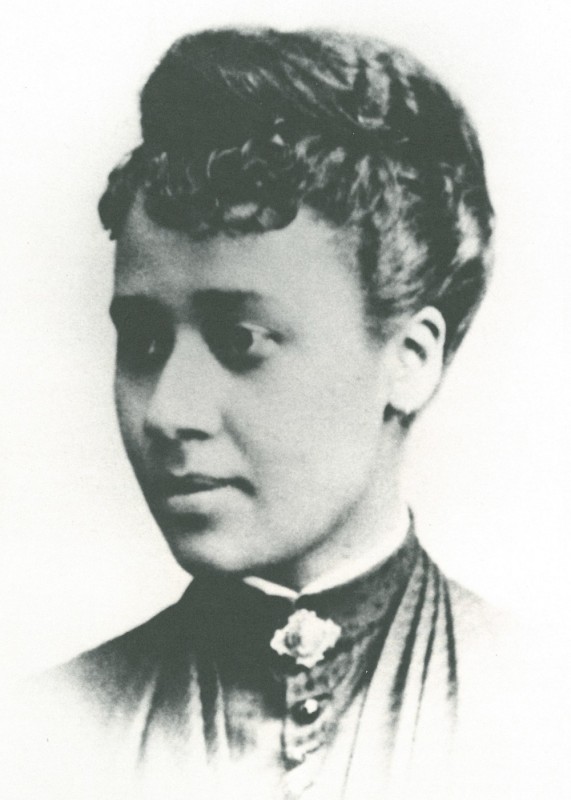 Anna Julia Cooper was an educator, author, activist and one of the most prominent African American scholars in United States history. She gave voice to the African-American community during the 19th and 20th centuries, from the end of slavery to the beginning of the Civil Rights Movement. Cooper—who once described her vocation as “the education of neglected people”—viewed learning as a means of true liberation. She is best known for her educational leadership, her challenges to the racist notion that African Americans were naturally inferior, and her groundbreaking collection of essays and speeches, A Voice from the South by a Black Woman of the South (1892).

Anna Julia Cooper was born into slavery around 1858 in Raleigh, North Carolina. As a child, she developed a love of learning and wanted to become a teacher. In 1868 when she was around nine years old, she received a scholarship to enter the inaugural class at St. Augustine’s Normal School and Collegiate Institute (now St. Augustine’s College), a school created by the local Episcopal Diocese for the purpose of training teachers to educate former slaves and their families. During her years at St. Augustine’s, she distinguished herself as a bright and ambitious student, who showed equal dexterity with both liberal arts and analytical disciplines like math and science. At St. Augustine’s, Cooper fought for her right to take courses, such as Greek, which were reserved for men by demonstrating her scholastic ability.

In 1879, Cooper enrolled at Oberlin College in Ohio. In 1884, she graduated with a degree in mathematics, becoming one of the first African-American women to graduate from the school. Cooper returned to Raleigh and taught math, Greek, and Latin at St. Augustine’s until 1887, when she was invited to teach math and science at the Preparatory High School for Colored Youth (later known as M Street and today as Dunbar High School) in Washington, D.C., the largest and most prestigious public high school for African Americans in the nation.

In 1892, Cooper published A Voice from the South by a Black Woman of the South, the first book-length volume of black feminist analysis in the United States. Cooper explored a variety of topics including race relations, poverty, and gender inequality. She encouraged the African-American community to take advantage of education. Well received by black and white critics alike, the collection was regarded as “one of the most readable books on the race question of the South.”

Cooper and other black women across the nation began to create clubs and associations in the late 19th century that were dedicated to the interests and well-being of the African-American community. In Washington, D.C., Cooper helped establish local organizations for women, young people, and the poor that addressed a range of issues including education, housing, and unemployment. Cooper also used public speaking as a platform for change. In 1893, she spoke about the needs of African-American women at the Chicago World’s Fair, and she was one of only two African-American women to address the first Pan-African Conference in London in 1900.

In 1902, Cooper became principal of the M Street High School and immediately worked to strengthen the curriculum, which stressed both liberal arts and vocational training. Refusing to use inferior textbooks, Cooper sought to better prepare students for admission to some of the nation’s top colleges and universities, including the Ivy League.

Noted for the breadth of her education, Cooper studied French literature and history for several years before enrolling as a doctoral student at Columbia University in 1914 while also remaining a full-time teacher. In 1924, Cooper transferred to the University of Paris, Sorbonne, in France and, in 1925, successfully defended her doctoral dissertation, which explored the attitudes of the French toward slavery during the late-18th-century revolutions in France and Haiti. She was only the fourth African-American woman in the U.S. to earn a Ph.D. and the first black woman from any country to do so at the Sorbonne.

Cooper retired from teaching at Dunbar High School in 1930 but continued to give lectures, publish essays, and be active in community affairs. During this time, she also served as president of Frelinghuysen University, which offered affordable liberal arts and professional courses for working African Americans in Washington, D.C. She retired from her role as president in 1940 but continued to serve Frelinghuysen, which was partly located in Cooper’s own home for several years. She privately published her memoir, The Third Step, around 1945.

Anna Julia Cooper was an educator, author, and activist who fought for social justice and civil rights for African-American women, young people, and the poor through her scholarship, community outreach, and innovative educational leadership.

The Voice of Anna Julia Cooper: Including a Voice from the South and Other Important Essays, Papers, and Letters by Esme Bhan, Charles Lemert. Rowan & Littlefield. 1998.

From Slavery to the Sorbonne and Beyond: The Life and Writings of Anna J. Cooper by Leona C. Gabel. Smith College Library. 1982.